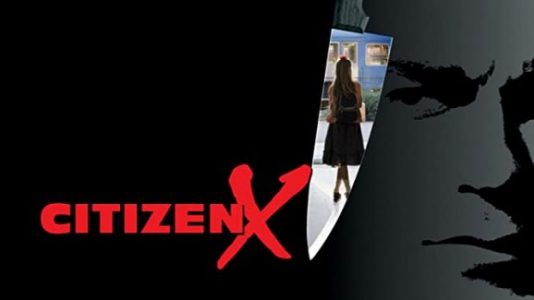 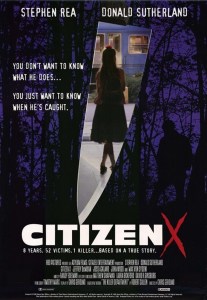 So, speaking of Andrei Chikatilo in my Child 44 article, the movie this week really had to be Citizen X.

In 1982, in the Soviet Union, a farmer makes a grisly discovery during his crop harvest:  he unearths a body.  The police are called to the scene and a search is initiated.  When Viktor Burakov, the police forensics expert, finishes with the autopsy of the initial victim, seven more are delivered to the morgue from the farm.

Burakov puts forth a revolutionary idea to his superiors.  Judging by the similar methods of murder and abuse, he concludes that one individual is responsible for the crimes.  Further, due to the bodies’ varied states of decomposition, the killer has been at work for a long time.

The only problem with Burakov’s theory of a serial murderer is his superiors’ insistence that serial killers do not exist in the Soviet Union.  He is informed that such things are a phenomenon of the decadent West.  This is just one of many roadblocks to stopping a maniac who would go on to claim over fifty victims.

Burakov, who is promoted to head the investigation, is ordered by the ruling bureaucrats to direct his search for the killer among the degenerates of the perfect USSR.  Communist Party members are to be crossed off the list, as are respected individuals such as doctors and other esteemed professionals.  Burakov is made to arrest the mentally challenged and to interrogate known homosexuals. 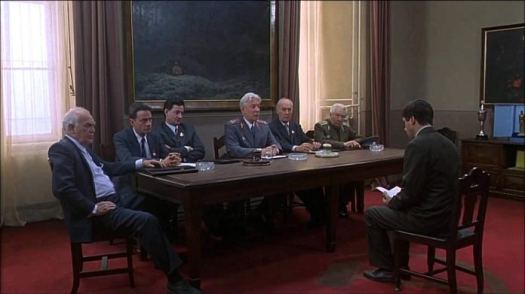 All the while, Comrade Chikatilo, a loyal Party member, is able to walk free.  Berated and ridiculed by his wife and family, and by his boss and co-workers, Chikatilo’s repressed rage and dark, dangerous urges find an outlet on the Soviet railway system.  It’s here he preys on the innocent and unsuspecting.  He lures children who have been left alone, adolescents who wander aimless, and women trying to scratch out a meager existence.

With limited resources, Burakov knows his only chance for clues to bring him a step closer to catching the murderer is another murder.  It takes him eight years, and the crumbling of Soviet rule itself, before he is able to stop the madman known as the Rostov Ripper.

The most chilling thing about the movie, and the case, aside from the atrocities one human inflicted on numerous others, is the denial of those in authority.  It’s high-level Government BS to the nth degree.  Burakov’s superiors, save for one, were happy to live in la-la land as long as news of the murders remained quiet, didn’t disturb the propaganda machine, and didn’t tarnish their images.

Once Viktor Burakov (Stephen Rea) and Colonel Mikhail Fetisov (Donald Sutherland), Burakov’s lone ally in the government trenches, are liberated from red tape, they aggressively go after the killer (Jeffrey DeMunn).  They find help in the form of psychiatrist Alexandr Bukhanovsky (Max von Sydow) who creates a profile of the murderer.  From this profile, they learn their quarry isn’t only deeply troubled, but has a very human face.

Citizen X is based upon Robert Cullen’s 1993 nonfiction book, The Killer Department.  I’ve not read the book, but it’s on my ever-growing To Be Read list.   We often, rightly, say a book is better than its film version.  If the source material is half as good as this movie, it is a devastating masterpiece indeed.