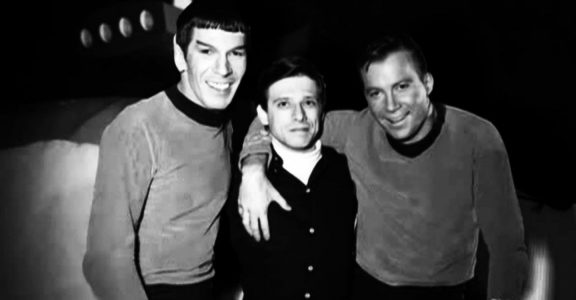 Some years ago I was a member of the Science Fiction Book Club.  They had a series of books in which they reprinted classic titles from different decades.  Through the club I obtained copies of Rendezvous With Rama, The Mote In God’s Eye, and Mythago Wood among others.  It was during the reprint of the classics from the seventies that I discovered Harlan Ellison.  I bought his collection Deathbird Stories and I became an instant admirer of his work.

I’m one of those people who, once I am acquainted with an author’s work, I want to know more about the author.  To read, or watch a documentary, about Harlan Ellison is to crack open a very animated and substantial nut.  The man was just fascinating.

I don’t know how it was in reality, but from watching Dreams With Sharp Teeth, I believe that to have known Harlan Ellison was to have loved him, even at the most contentious of times.  That is also my view of his work:  It’s mostly excellent, although, as is the case with every writer on the planet (I’m sure other planets, too), the stories can’t all be winners.  Ellison admits as much in this most entertaining, and revealing, film.  When he says it, it’s a statement that humanizes a man who seemed larger than life.

In the documentary, Harlan Ellison also acknowledged he was not the easiest person to know, personally or professionally.  He once mailed a dead gopher to a publisher.  How could you not at least admire the man’s audacity to do that?  Of course, he also broke a television executive’s hip and once punched another author at a Science Fiction Writers of America awards banquet.  He wasn’t afraid to speak his mind and he definitely never backed down from a fight.

Dreams With Sharp Teeth followed Ellison for a number of years and discusses his life from childhood to the time of the documentary, 2008 (some ten years before his death).  It shows warts and all, and, with Harlan Ellison, the warts are part of the charm.  He was litigious, abrasive, and vocal about his beliefs and opinions.

In the interviews with Ellison, and with his friends and colleagues (Neil Gaiman and Robin Williams among them), it’s easy to see his natural state was irritation and anger, but there was a genuinely good man bubbling just beneath the “Ellison” persona.  He seemed to have been a rascal from birth, and more power to him.  Being Harlan Ellison was a full time job and most of us would have never been cut out for it.

The documentary puts forth the claim Ellison not only changed the field of science fiction, but literature itself.  It’s hard to argue a counterpoint.  From his support of the civil rights movement and the cause of authors worldwide, he fought to change life as we know it for the better.  Dreams With Sharp Teeth is at its best when Harlan Ellison is just talking.  The movie is never dull, and I think it’s safe to say that Ellison never was either.