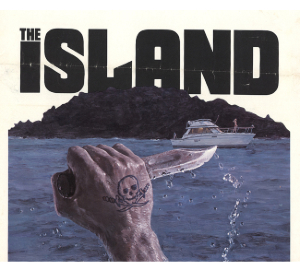 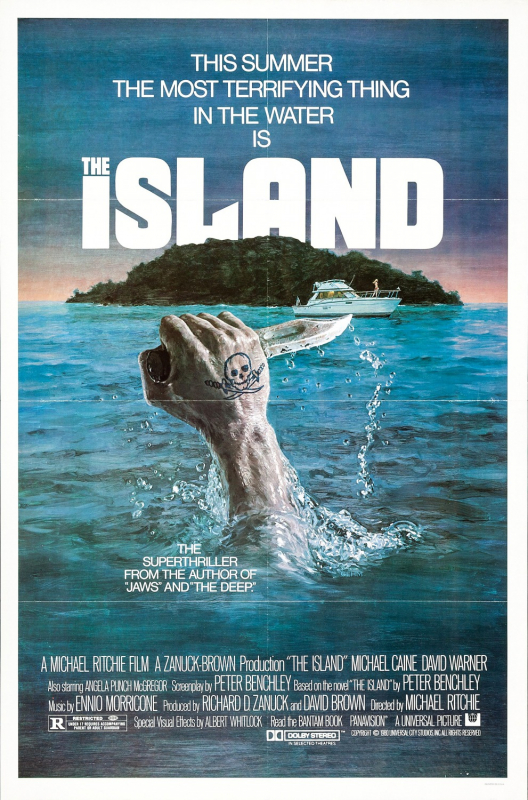 The Bermuda Triangle isn’t called the Devil’s Triangle for no reason.  Christopher Columbus reported seeing lights in the Triangle way back in 1492 when he sailed the ocean blue.  Since then, that well-travelled area of the North Atlantic Ocean has been the scene of several disappearances of aircraft and ships of all kinds.  What’s causing all the trouble?  Is it extraterrestrial interference, ghostly phenomena or some mystery of science no one has been able to solve yet?

No one knows for sure, but in The Island, the 1980 adaptation of the Peter Benchley novel (he authored another little book called Jaws which had some earlier film success), the explanation for nautical disappearances is little more human. Yet, it’s also as equally bizarre as aliens or ghosts. The Island suggests it’s the work of pirates, descended from 17th-century buccaneers, living secluded from the modern world.

These pirates raid passing boats, they take what they need and kill who they want. Some prisoners are not murdered. Those who are spared are used to propagate the pirate tribe. They need the new blood injected into their rum- and violence-loving community because they’ve been inbreeding for about three hundred years and it has taken its toll: they have some madness and less than smart scurvy dogs running around the island.

All the disappearances have gained the attention of journalist Blair Maynard. He plans to investigate the Bermuda Triangle expecting more to encounter drug dealers than pirates living life like it’s the sixteen-hundreds. But Blair doesn’t expect too much danger to sail his way and fashions his investigation into a kind of vacation when his ex-wife decides to visit Paris and leaves their son, Justin, with him.

Incorporating some family fun into the sleuthing, father and sun rent a boat and head into the open water to do some fishing. All goes well, and normal, until they spot a young girl in the water. While attempting to save her, a man climbs aboard their boat and attacks Blair who kills the assailant. More pirates capture Blair and Justin and take them to their island hideaway.

Blair is given as a slave to Beth, the wife of the man he killed. The pirate leader, Nau, adopts Justin and begins the process of brainwashing the boy against Blair. The ultimate act of loyalty for Justin will be to kill his father, and survival looks a little iffy for the journalist with the brainwashing actually working.

The great film critic Joel Siegel once said, concerning summer cinema, “Summer movies, some are not.” The meaning being, of course, that some films (ahem, summer blockbusters and some other forms of motion picture muck) are intended for fun and not thought. In the sweltering heat of summer, who needs to do the mental work? School’s out, don’t waste the day thinking.

If you find yourself seriously wondering how it’s possible this band of pirates could overtake a Coast Guard ship, you’ve let your brain go too far and you need to reel it in. If nothing else, enjoy Michael Caine and David Warner getting paychecks.