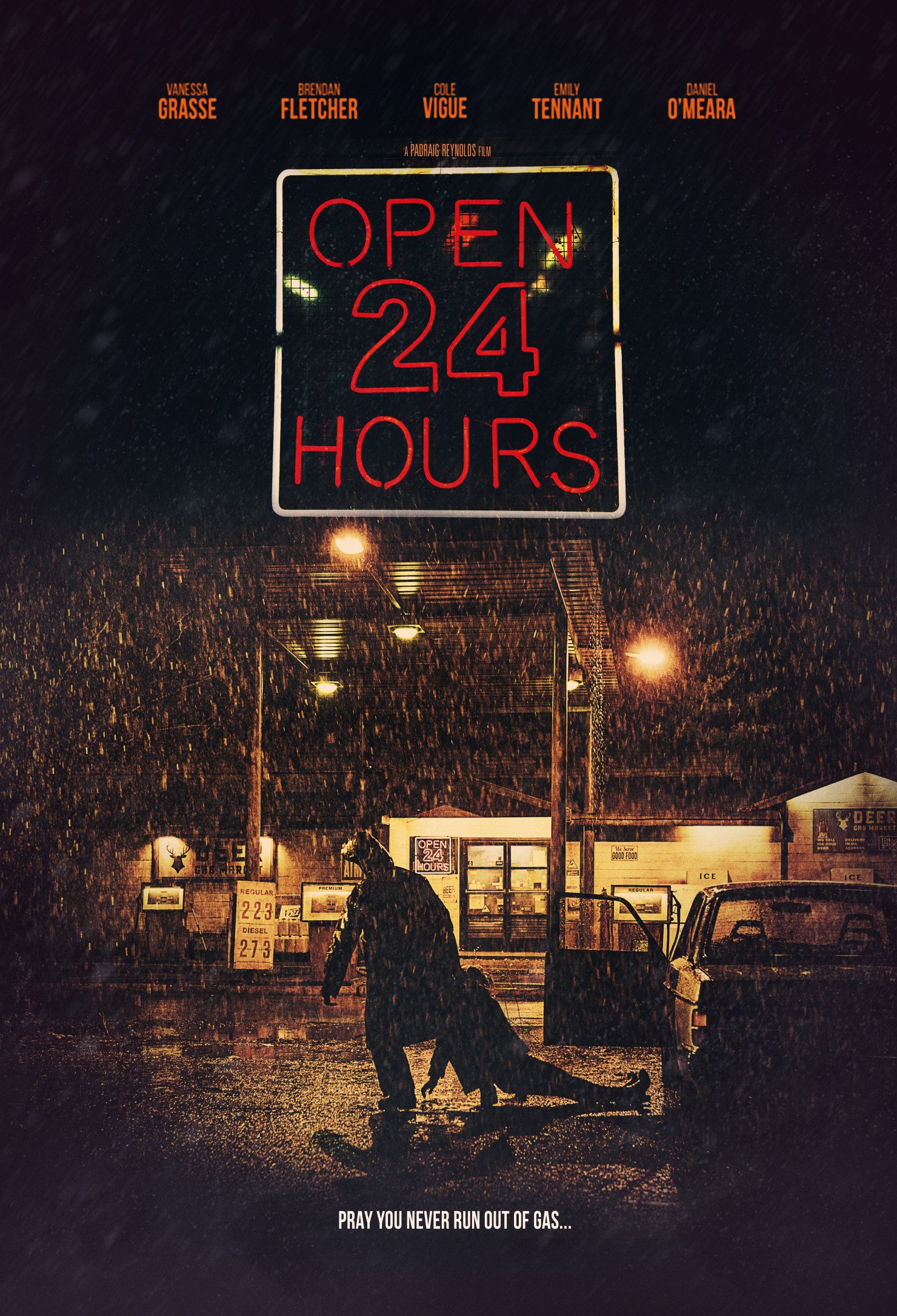 As someone who worked the graveyard shift for nearly twenty years, I know what it’s like at two in the morning when your body is screaming that you should be in bed asleep and not trying to earn your dollar for the day. I also know what it’s like in those wee hours when you may be a little unclear on what’s a figment of your sleep-deprived imagination, what may be supernatural phenomenon or what may actually be real.

For those who work the late shift (and not the tourists on a weekend bender or an all-night study session), some strange things can happen.  You gotta roll with the punches a lot of times, whether you have the proper equipment for the job or not.   A facility administrator told me once that the night shift was “just the maintenance crew; you’re here so we don’t have to be.”  What she revealed in those words was that not everyone was cut out for midnights.  I know she wasn’t.

Some people work midnights to escape. In Open 24 Hours, Mary is such a person trying to keep as low a profile as possible. Looking for a job, she explains to the owner of Deer Market she was just released from prison for setting her boyfriend on fire. The owner’s next question is, “Did he deserve it?” He deserved it and more.

Mary was trapped in her relationship: if she left, her boyfriend, James, promised to kill her entire family. Mary knew he would do it, too, seeing as she discovered all the bodies in their flooded basement of the women James had murdered. James was a serial killer and he forced Mary to watch him do his dirty work. Her way out was to set the house on fire with him in it. James survived, but they both went to jail– him for murder, her for arson, although a lot of people viewed Mary as an accomplice and not an additional victim of James’ depravity.

Released from the penitentiary, Mary is getting her life in order and moving on from the past. A new job would go a long way, and on the recommendation from her probation officer, that’s how she ends up at the all-night market and gas station. As reformed and excited for a new start as Mary seems, the past isn’t so easy to kick the dust to. The mother of one of James’ victims keeps calling and taunting Mary, and she is also having to deal with her own paranoia and hallucinations. Baby steps, though, are key to any rehabilitation, and Mary’s on her way.

Alone at the market, the first night is bumpy for the new employee. The threatening phone calls continue, Mary has hallucinations of James stalking her and there’s also the problem of someone killing Mary’s friends. Has James escaped? Is it Mary? Is it a copycat killer?

The idea of strange, horrific things happening at a 24-hour market is one that’s fascinated me for a long time. I wrote a story about such a thing, but it’s no good and has yet to see the light of day (I doubt it ever will unless there’s a miracle performed on it). Open 24 Hours gets it right. It gets the feel of isolation, desperation, and uncertainty every night worker knows when they see a shadow on the wall and are not sure if it’s their own or something, eerily, else.