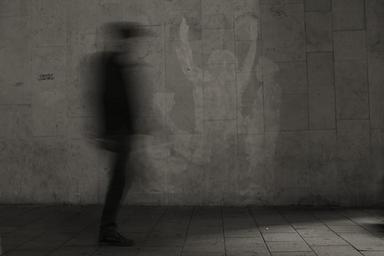 The first time I saw the Angel of Death, I mistook it for a friend.  If you’re wondering how many times I’ve seen it, or him, the answer is twice.  The first encounter was at a distance.  The second was face to face.

Night shift people have one thing in common:  they’ve seen a few things they can’t explain.  If you work the graveyard shift long enough, there will be shadows with no one to cast them, sounds of unknown origin, and very perplexing coincidences.  Especially in a medical setting, weird things happen.

I don’t know if any healthcare worker becomes accustomed to death.  In hospitals, hospices, and long-term care facilities, it’s a part of the job.  Death is the final frontier, we don’t know what’s on the other side.  Are Heaven and Hell real?  Yes, no, maybe?  We each have our own beliefs.  If death is the last undiscovered country, the act of dying is just as mysterious.  I believe—I dare say I know—we do not die alone.  Something comes for us.

When I was twenty years old I was employed as a nurse technician at Glen Oaks, a nursing home in my hometown.  It was a sizable old facility, consisting of two halls on each of its two wings which grew longer the longer you worked.  With a capacity of 130 beds, often full, it could be a grueling experience no matter the time of day.  I worked third shift, which was perpetually a skeleton crew (a fact of life at most facilities).  Our team was close-knit.  Seeing as most of us worked twelve hour shifts five nights a week, we saw more of each other than we did our family and friends on the outside.

At bedtime, usually by ten o’clock, or whenever the hall nurse finished dispensing the evening medications, it was lights out.  All the lights on the halls were extinguished with a flip of a switch, save for the little ones set into the walls near the floor.  These night-lights provided limited visibility.  The nurses station was lit like a Christmas tree, but once you left that bright oasis, you were cast into the wasteland.

My first experience occurred down these darkened corridors.

For whatever reason, be it long hours, creepy halls, or trying to stay awake, people on third shift like to scare each other.  I don’t know if it’s restricted to the medical field or not.  We hid under beds, in closets, empty laundry bins, anywhere we could to jump out for a jolt.  We put scarecrows in cars and concealed CPR dummies behind curtains.  We did our work, but we liked having fun, also.  My point, when I saw the Angel of Death, I thought it was my friend and co-worker, James, trying to spook me.

The night I saw it, I had just come off of Hall One on the A-Wing and glanced down Hall Two, the skilled unit, which was perpendicular to the other hall.  It was dark down there, but near the end of the hall, I thought I saw James.  The two rooms at either end of the hall were private rooms, only one way in or out.  The rooms immediately before those were semi-private and connected via shared bathrooms.  In the next to last room on the right, a semi-private one, I saw James standing in the doorway, leaning with his hand on the jamb.  It had to be him, although I could not see any defining details:  he was pitch black in shadows even with one of the night-lights directly across from him.  Yet, I recognized the profile of his build (slender) and height (medium).

I knew he was trying to scare me.  He was in the door of an empty room and would ring the call light to get me down there, but his plans were foiled.  I started down the hall.  He saw me, he was looking at me, and then he stepped, leisurely and patient, back into the room.

Half way down the hall I found the nurse, Tina, in with a patient.  I asked her if she had seen James, she said no.  I said, “I think he’s trying to scare me.”  Continuing on, determined to get the drop on him, the door to the last room on the right, the private room, opened.  James came out with his arms full of linen.  James, who I could see clearly.

“Were you just in there?” I pointed to the empty room which was now lit from the echoes of the security light outside.

“No,” he said, “Harry spilled his water pitcher and I’ve been in here changing him.”

“Then who the hell did I just see?” I asked, and we both stared at the vacant doorway.

We searched the entire hall.  As James and I went room to room, the nurse stood watch.  Our search was fruitless.  The man I saw, and it was most definitely male, had vanished.

Glen Oaks had its fair share of haunts, so we chalked it up as a ghost.  None of us labeled it the Angel of Death until the next night.  That day one of the bed bound ladies in the adjoining room to the empty one passed away unexpectedly.

This incident freaked me out.  It wasn’t until the second meeting that I was truly frightened.

Twelve years later I was working at Lynchburg Nursing Center.  I was still working the graveyard shift, it had less bosses to deal with and that was always a perk.  One night, in the middle of another twelve hour shift, we were taking turns between rounds sitting with a dying patient and her daughter.  Finishing my one o’clock round, I stopped in to relieve Tammy, another technician.  She was sitting at the bedside in a chair, holding the patient’s hand while the daughter was on the other side doing the same.

Tammy told me she was good for a while longer and as I was leaning in the doorway, my hand on the frame, I noticed from the corner of my eye a figure standing behind me and slightly to the right.  The hall lights at Lynchburg didn’t all go out at night, only every other one, so it was bright as day.  The figure I saw in my peripheral was dressed in what I thought was dark clothing.  I assumed it was Earl, the nurse, who was wearing black scrubs that night.

I turned, thinking Earl wanted to check on the patient.  I saw it wasn’t Earl.  It was Earl’s build, the same as James’ (slender, medium).  It was black and physical, which is the only way I can describe it.  It was there.  It stood so close to me, if it had been breathing I would have felt it on my skin.

Then it was gone.  In a flash, in a breath, in a blink, it wasn’t there anymore, but it had been as real and as solid as me or as you reading this.

I jerked backwards and somehow had the mind to stifle words I knew were extremely inappropriate into a achy sort of sound.  The patient’s daughter didn’t notice, but Tammy saw me and looked worried.  “Are you okay?” she mouthed.

After a moment of staring at the empty, open doorway, I replied, “Yeah.”

It was quite a while before I told Tammy what I had seen.  She believed me.  Most medical workers do because a lot of them have had similar experiences.  They know that in small, unexpected moments in places where living and dying intermingle, something else is walking there which is neither living nor dead.

Sometimes, I believe, that something else wants you to know you’re not alone.